After what seemed like an endless amount of energy and time, Cabbage 2.6 is finally out and available via the website and through github. Most of you are already using the latest version so it’s not important that you update, but all those coming to the project from afar will now be able to access a modern version without have to dig through Azure’s beta builds.

Apart from the many changes listed here, I’ve also updated the docs and I added more interesting examples for each of the widgets, along with a little video in each widget page showing them in action. I’d like to single out a special thanks to @Gerbo for his machine like attention to details with all things VST and AU. I’d also like to thank @Kzz, @hdale94 @chronopolis and @Rafa_AudioFB for their time and effort in testing things. Finally I’d like to thank all of you users who reported issues, presented suggestions, and contributed to the forum over the past year. Without you this project would be nothing.

Some of the highlights of this build are listed below.

Awesome, congratulations on this release. Nice work on this amazing piece of software.

I’ve read on Github some conversations on LV2 plugin support; is that also available in this version? Or where could I find the most recent docs about this?

Hi Ben, welcome to the forum. There is a rather old branch from 2020 that added LV2 support, but it hasn’t seen much work done on it in the last while. It was working, and the last I recall I was able to run Cabbage plugins as LV2 in Ardour. The fact that JUCE doesn’t support LV2 is a bit frustrating because it means whatever patches that exist out there have to be constantly updated, which is very time consuming. Otherwise this would just build out of the box. On the other hand, I guess you can always run Linux VST and VST3. So all is not lost.

Great work and above all elegant. Thanks for everything!

Well done, Rory. Great that Cabbage is continuing to do so well. Looking forward to Cabbage 2.7!

I teach Csound-Cabbage every Wednesday and Friday. And today We tried the 2.6 version.
One of my students noticed the warnings about identifiers. Now it is recommended to use camelCase for identifiers.
This situation was favorable for me to tell jokes about the camelCase, however I must point out that the command file-Convert … to … camelCase does not work with valuetextBox.
Nor is it necessary to start to count 7K years to prove that the “f0 z” works.

Sorry about the pain of the move to camelCase

I’ll sort out the valueTextBox issue. 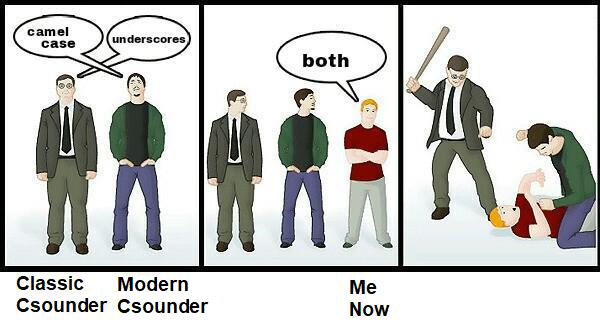