Hslider extending beyond its bounds 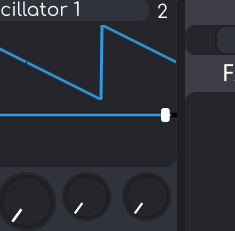 It’s nothing personal! I don’t think they like anyone

what version of Cabbage are you using?

Btw, is the issue that hslider doesn’t go as far as the tracker under it? By tracker I mean the track it moves along… the blank line on which it sits…

not exactly; Im using cabbage 2.5.0 and i recently decided to get back into it since i havent used it in quite a while, so i just downloaded the most recent release and decided to just start over with my plugin since there was some sort of invisible problem where it would process audio; even so that code is a mess so i wouldnt want to use it again

the problem is is that the black line underneath it goes too far.

The left end on the slider has the graphics i expect it to have, but you can see on the right that it just keeps going. Is this fixed in a newer beta build i dont have?

edit: Here is a screenshot of the full osc; the only code in there is GUI code for the buttons on osc 1 and 2 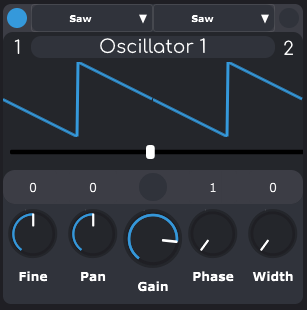 This should be fixed now. Can you try the latest build?
https://dev.azure.com/rorywalsh/cabbage/_build/results?buildId=957&view=results 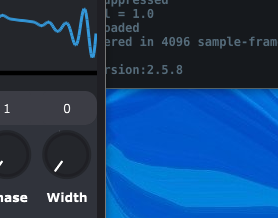