Hi, let me introduce you my three new plugins:

which is simple drum sampler - you select sample for each note in octave and then do the keyboard drumming. Samples not included. 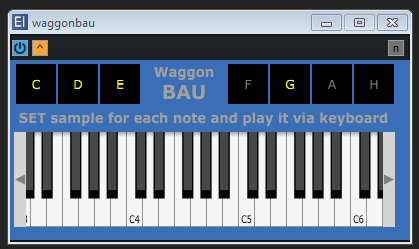 which is simple guital-pedal-like looper. After first press of the button it starts recording, after second it starts playing in the loop and after last press it’s waiting for another recording. This can be used with previous plugin. Overdub it’s not implemented yet. 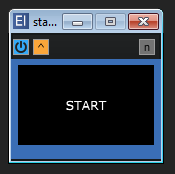 These plugins are currently work in progress (but working) so there is no binary package yet. Only link to my repo. Feel free to add some feedback. 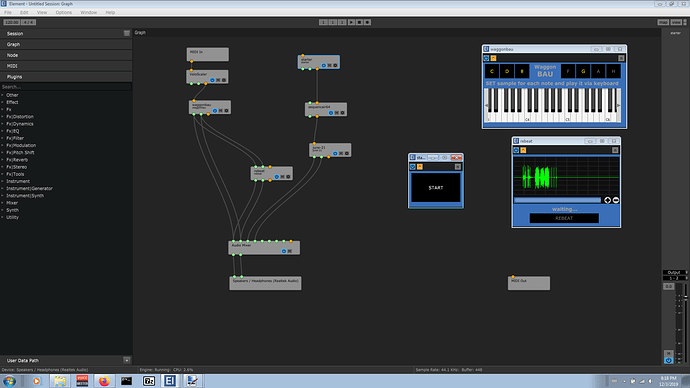 Example setup - these plugins in Element by Kushview.

Very nice. Thanks for sharing! And thanks for introducing me to Element. It’s very much how I would like the Cabbage patcher to be. Can it run inside a DAW as a plugin too?

Can it run inside a DAW as a plugin too?

It looks like it’s possible. Just quick test in Ardour: 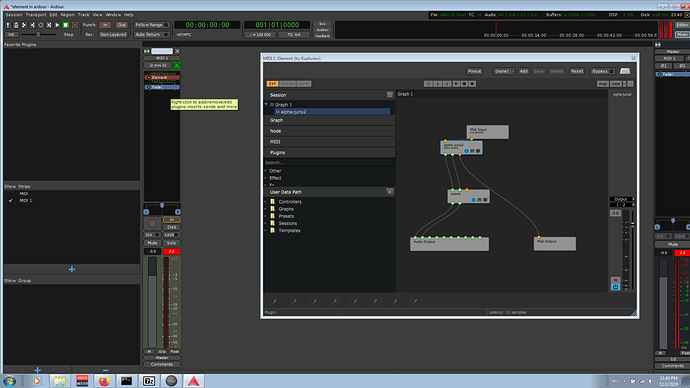 Cool. It’s a little like Plogue’s Bidule then. And if it runs as AAX then it should make a pretty simple VST to AAX bridge?

It reminded me SunVox which has same style of routing (even easier maybe). Same as SunVox it has possibility to recursive wrapping of Element instances.

But unlike SunVox, it has no synth building blocks (like generators, FM blocks etc).

About usage as VST to AAX bridge - please ask directly Element developer, he is very fast at responding to feedback.