Currently I’m trying to distribute my plugins on Windows and I’m running into a weird issue. The first two plugins I exported work fine, as shown in the video (Quartz and Amber run properly) but when I open Aquamarine it pulls up an instance of Quartz. When I try pulling up Aquamarine onto an instance of Quartz it causes Ableton to crash. (I’m using a trial version of Ableton at the moment since I don’t use my PC for music production). As far as the Csound embed / install goes I’m planning to notify users to download Csound before installing my plugins, which is why the following .iss files only include my plugins’ assets. I thought at first the issue was identical AppId’s, but making each one unique did not fix the issue, and I’m currently at a loss. 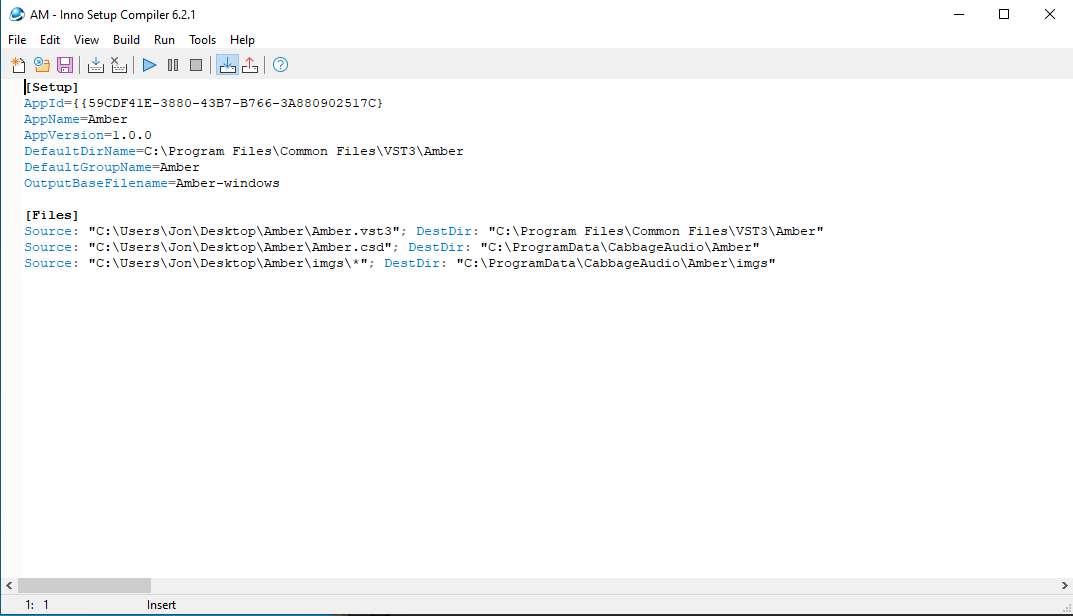 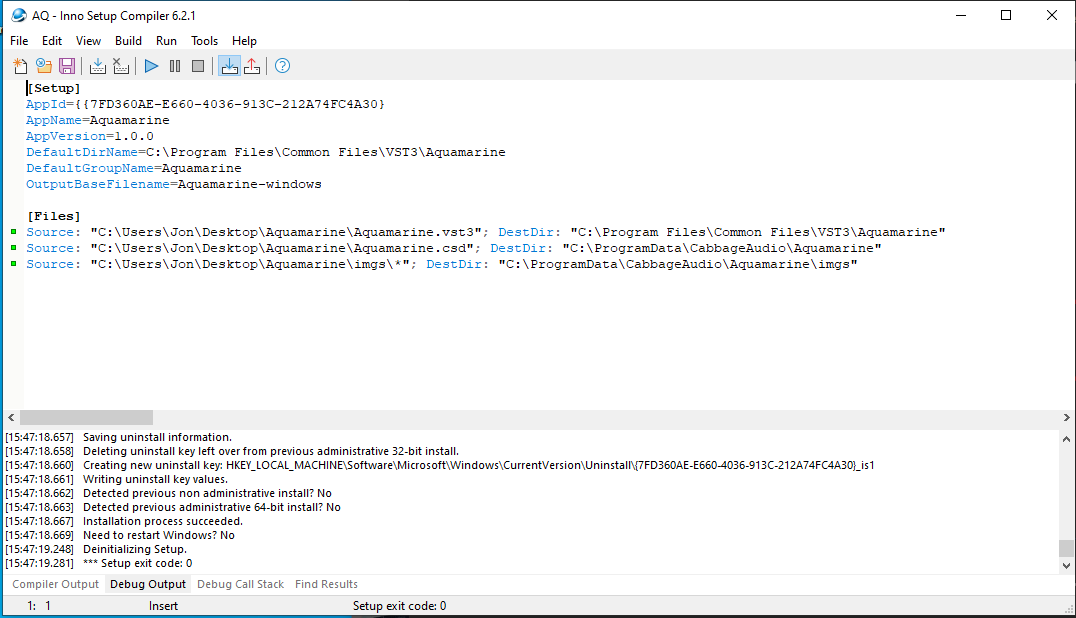 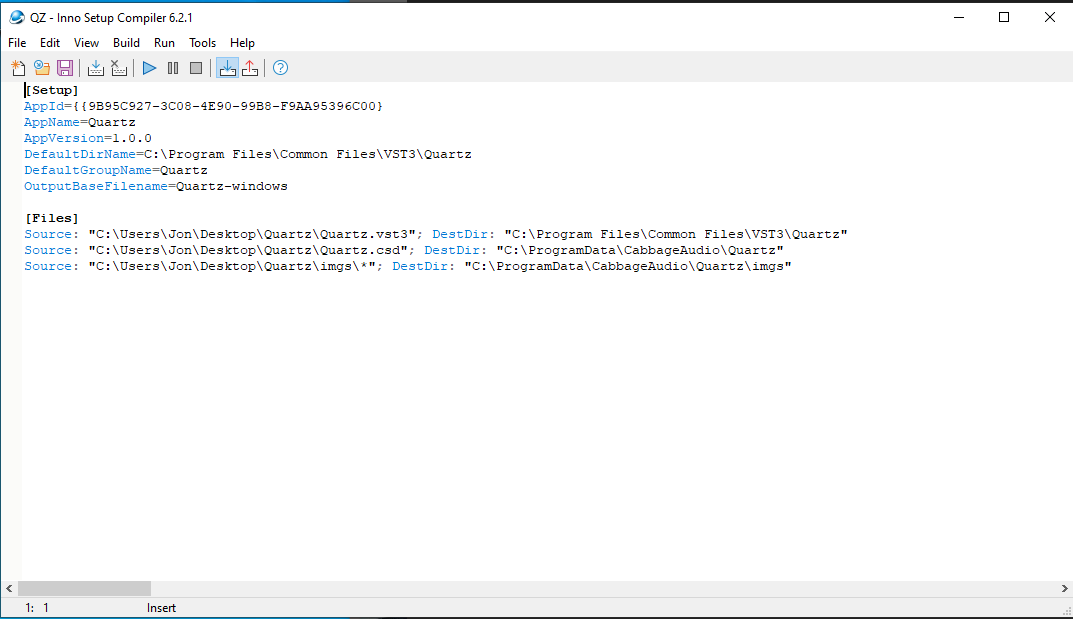 I just discovered another plugin of mine that I exported is doing this as well, opening Quartz rather than the plugin itself. I also noticed it does this on MacOS as well as Windows so maybe it’s more of a VST3 issue than a Windows one.

I’d been using the v2.8.0 release on both Windows and Mac. I just uninstalled Cabbage and installed that snapshot you sent, re-exported the VST3’s and deleted the old ones from the VST3 folder, re-compiled and ran the .iss scripts but I’m running into the same issue, just this time it’s Aquamarine that is always being opened, not Quartz.

I also installed the snapshot on Mac and re-exported VST3’s but had the same issue there. I’m not worried about this behavior on MacOS since both VST’s and AU’s work there, but plain VST’s are no longer usable on Windows so I’d like to make sure my VST3’s work properly there. Although since it seems like it worked properly for you then could I assume that would be the case for other users?

Can you send me the file I need to test? Also, what is the issue with VSTs on Windows? I wasn’t aware that they no longer work? Or is it that some hosts no longer support them?

Sorry for the confusion, VST’s do work on Windows I believe but some hosts like Ableton and Cubase only use VST2 and VST3 now.

Here are the MacOS VST3’s, I have not embeded Csound or packaged them yet because of these issues. If you’d like the Windows versions as well let me know. Thank you!

They are working fine for me on MacOS (Big Sur). Each plugin opens in its own window. I seem to recall an issue with VST3 on Windows, but it was quite some time ago. Either way, i’d recommend you still with the newest version as some other bugs have been ironed out since 2.8.0. FWIW, a VST in Cabbage is a VST2.4, so you should still be able to work with those right? I won’t have access to a Windows development machine until the end of the month I’m afraid. Btw, nice plugins

Glad to hear they’re working properly for you! I wasn’t aware that Cabbage VST were VST2’s, I’ll be sure to try those on Windows as well. Until a user lets me know they have this same issue I’ll assume this is just a me problem

Thanks for all the help!